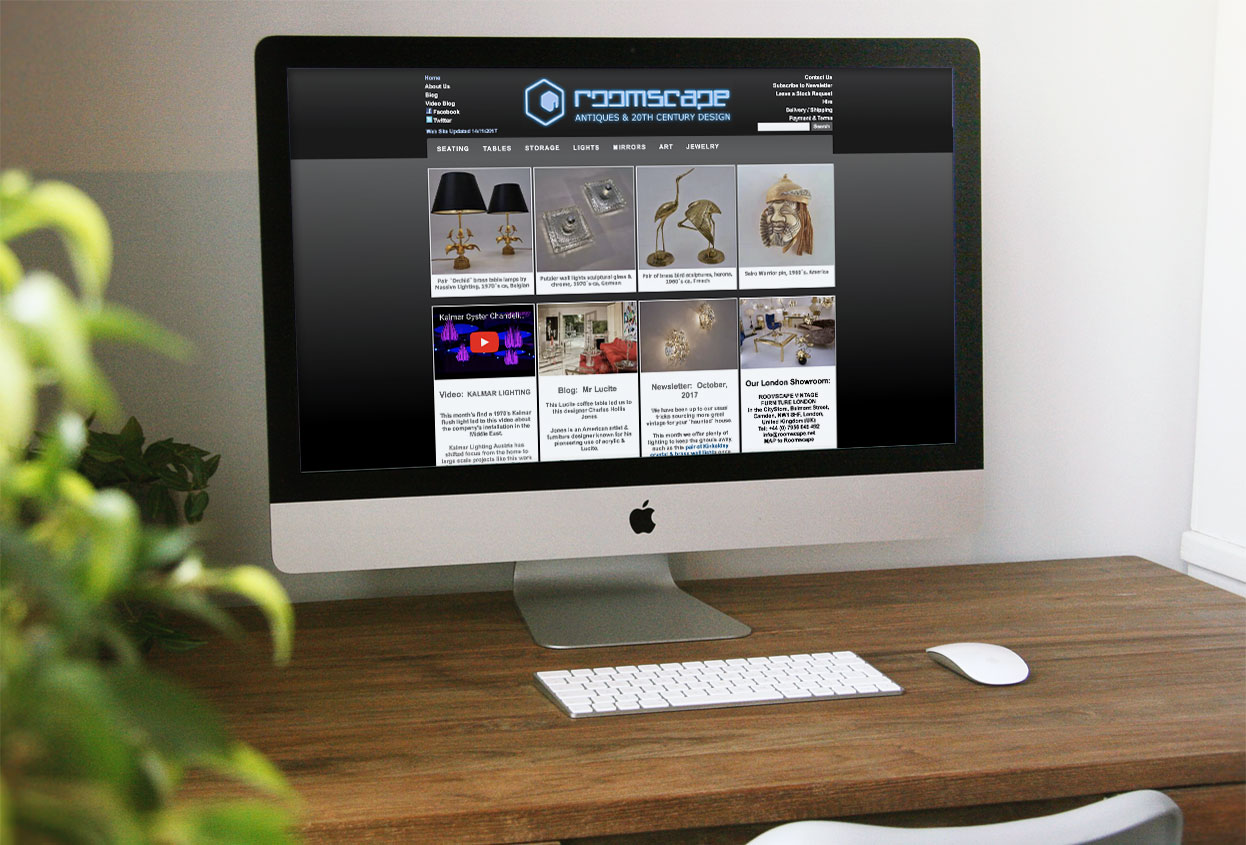 Sergio Guazzelli trained and worked as an Architect & Interior Designer in Argentina.

In 1990, Sergio moved to Rome, where he developed & diversified his talents. The 'Eternal City' ignited his interest in antiques, leading to a Diploma in Antiques & Fine Arts. As architecture embraced art; antiques found a place in his designs.

Following features in several magazines, Sergio established his own art & antiques publication. As a part of this, Sergio regularly visited and reported on leading European Auction Houses. It was London's art & antiques scene, which drew Sergio.

In 1999, he opened with his partner, Blair Thorburn, their London shop, Roomscape, in the historic Horse Hospital at The Stables Market, Camden Town. It was here that they became one of the first to propose vintage Scandinavian style to the London market.

At the beginning of the Millennium moving away from Minimalism Roomscape proposed further styles such as Hollywood Regency & Modernist Glam. " I was attracted by the sculptural and Modernist lines of Gaetano Sciolari Lighting pieces back in the early nineties, when he was quite unknown, mostly everything in vintage proposed back then was chrome, Murano glass, or Danish, brass was almost taboo" Sergio recalls.

What the client has to say

"Having worked with many antique dealers, ph9 immediately understood our needs and broad ideas. They added to our initial concept by offering logical solutions and additional improvements. Working together, we have achieved a brilliant website."